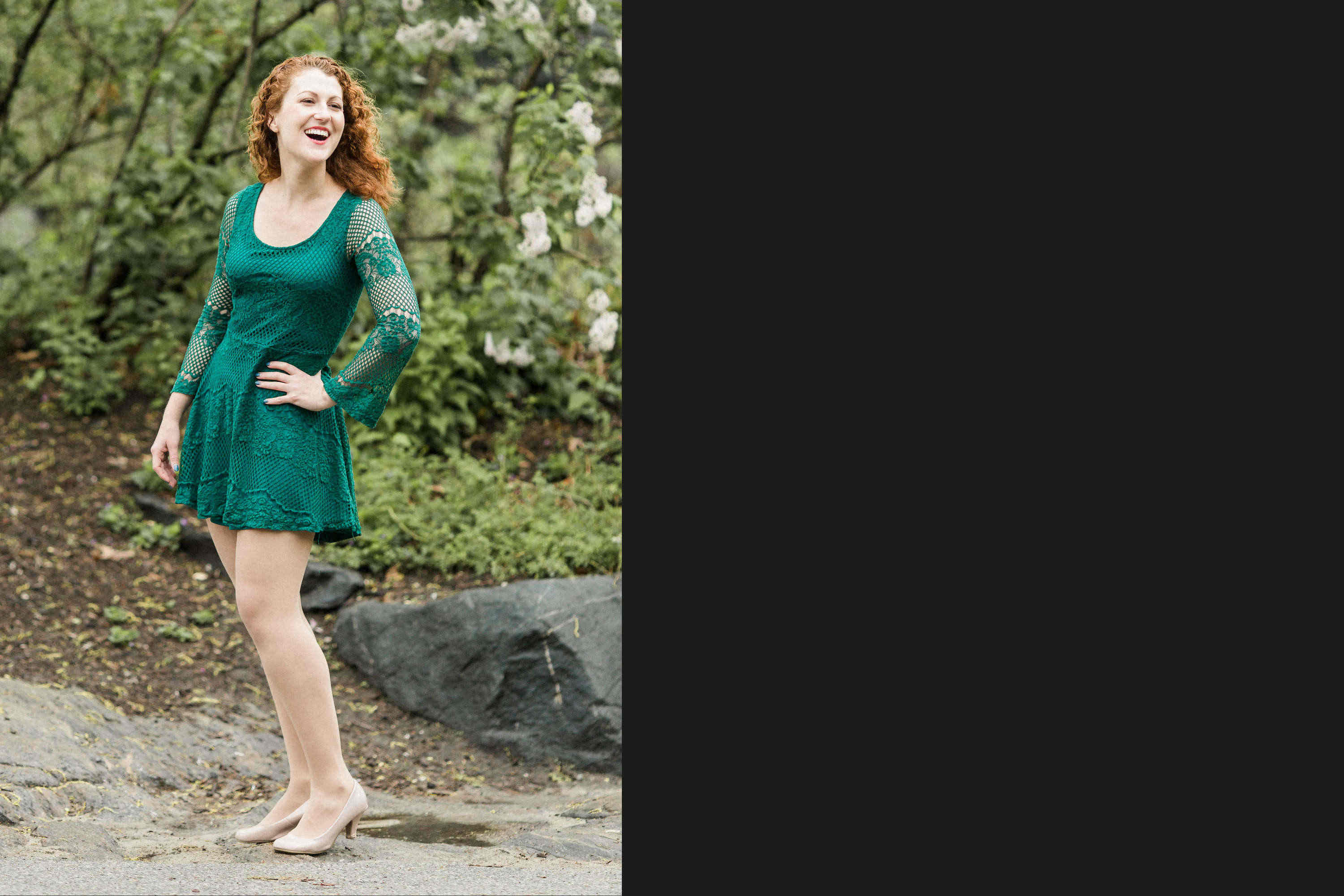 Cait Kiley is an actress, singer, writer, and cinnamon roll-enthusiast based out of NYC. Hailing originally from the suburban hamlet of Elk Grove, California, Cait pursued (and received!) her BFA from the University of Arizona, Tucson. Upon graduation, she promptly moved eastward to begin auditioning for professional work and to continue her studies.

Since arriving in NYC, Cait has studied Meisner technique at the Neighborhood Playhouse and improvisation at UCB, as well as continuing to take dance classes and voice lessons with several of the incredible teachers the city has to offer. She has worked regionally at the Woodstock Playhouse in Woodstock, NY, and has also performed onstage in various works, some classic and some new, here in the city. Her first original play, Gamma Delta Nasty, premiered as part of New York Theatre Festival’s “Winterfest” in 2018 (Cait also played the role of Boudica in the premiere production).

Some of Cait’s favorite past acting roles include Varya in The Cherry Orchard, Paulette in Legally Blonde the Musical, the Baker’s Wife in Into the Woods, Hesther in Equus, and Olive in The 25th Annual Putnam County Spelling Bee. Cait is also passionate about world travel, her husband, her cats, and the San Francisco Giants baseball team.

“Phenomenal.”
“She’s worth the drive to go see.”

“...there are a couple of shining lights in this production. As Elizabeth, Cait Kiley manages to bring a gentle charm to the role…"

"Among the most notable... Caitlin Kiley, wonderful enough in Act I, nearly stole the show being seduced by Cinderella’s Prince Charming in Act II."

-Into the Woods: The Tucson Sentinel

"Among the most notable... Caitlin Kiley, wonderful enough in Act I, nearly stole the show being seduced by Cinderella’s Prince Charming in Act II."

-Into the Woods: The Tucson Sentinel

""The young cast admirably embodies their characters. Baron as the Witch, Spencer as Jack, Jennifer Hijazi as Cinderella and Cait Kiley as the Baker's Wife all give skillful performances..."

-Into the Woods:The Tucson Weekly

"The best thing about this show is junior Michael Schauble in the title role, followed by senior Cait Kiley as Merdith Parker, wife of the veterinarian who takes Bat Boy in... Cait Kiley gave a great performance in the more mundane role as Meredith Parker. Last year she nearly stole the show as the Baker’s Wife in ART’s “Into the Woods.” She has less opportunity to shine in this more docile role, but still manages to keep tensions high with her unusually protective attitude towards the Bat Boy. She then takes it up a notch as all is revealed in the final scenes."

"But it also reveled in performances by some mighty talented University of Arizona students. Among them... Cait Kiley as Mrs. Parker, the woman who took Bat Boy in after he's discovered in a cave. Kiley has a voice that could bring tears to your eyes."

"Kiley is a winsome Fiona, full of spirit and longing."